I’ve sat on this review for a few days now. There’s a lot to unpack in Dunkirk, which is crazy to say about a movie that comes out during the big summer blockbuster months. That’s typical for Nolan, though, isn’t it? He’s able to play in the same sandbox as the big budget loud-a-paloozas we see each and every year, but puts together a deeper film hiding under a tent-pole disguise.

There’s another reason why I’ve taken a few days to write this review. I’ve been trying to avoid giving Dunkirk the rating I think I’m going to give it. I’ve been trying to find flaws in it, and frankly, I’m having a hard time coming up with one. In the five years since the start of this site, I probably haven’t loved a movie quite as much as I loved Dunkirk (maybe Mad Max: Fury Road, but I never wrote a full review of that film). So, here it is: The Main Damie’s first official perfect score review.

If you’re an American like me, one that doesn’t consider themselves a history buff, you might not be familiar with the Battle of Dunkirk. Hell, before the film, I just assumed Dunkirk was in the UK. The conflict takes place in late spring of 1940 in France, a full 18 months before the US enters World War II. Having been pushed from the city and retreated to the beaches, the allied forces had two choices: surrender or find a way off the beach. Luckily, they chose the latter.

Christopher Nolan’s Dunkirk tells the story of the evacuation of Dunkirk from three different perspectives: the land, the air, and the sea. From the land, we get a ground-level perspective, as we follow a couple of grunts dodging the constant shelling from passing axis planes as they try desperately to find away off the beach and back home across the English channel, a mere 47 miles from Dover, England. Up above, we are put in the cockpits of a team of Royal Airmen, en route to Dunkirk to lend air support to those attempting the rescue mission. Finally, we also see the view from the sea, as we see everyday British citizens taking their weekend pleasure boats into the fray in order to pull the men off the beaches. 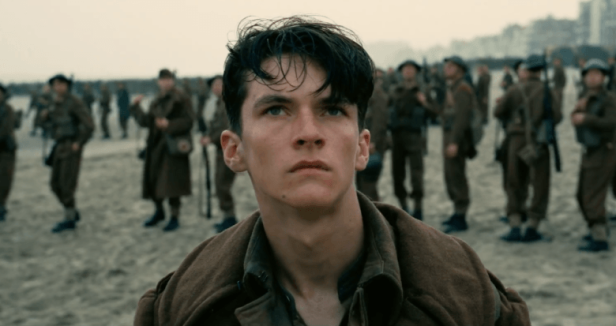 Part of what makes this approach so fascinating is how Nolan chooses to show the events that take place during the course of the film’s short, but jam-packed, run-time. It might be a jarring realization to some while watching the film, as it isn’t immediately evident, but the film is told out of order, as a number of key scenes are shown from each perspective. It’s this way of telling this story that allows us to invest ourselves with each perspective properly. Rather than jumping from perspective to perspective rapid-fire as most films would do, this film allows us to identify with each character’s perspective one at a time, allowing an immersive film experience unlike any I’ve seen in a while. We’re there with the guys on the beach when we need to be. We’re with Tom Hardy in his plane when we need to be, and we’re with Mark Rylance’s character’s pleasure vessel when we need to be. Every cut, every decision of what part of the story is told and when it is told all seems meticulously plotted and thought-out, a trait identifiable of some of the most talented filmmakers in movie history. Christopher Nolan is one of them.

Filmmakers have been making war films for as long as the medium has existence, but somehow, Dunkirk manages to show us things that I can’t quite remember ever seeing in a war movie before. Simple visuals like watching as explosions from a carpet-bombing gets closer and closer, or something as innovative as the placement of the camera as a torpedoed ship starts its descent to the bottom of the channel, Nolan achieves so much in each decision of what to do with the camera. 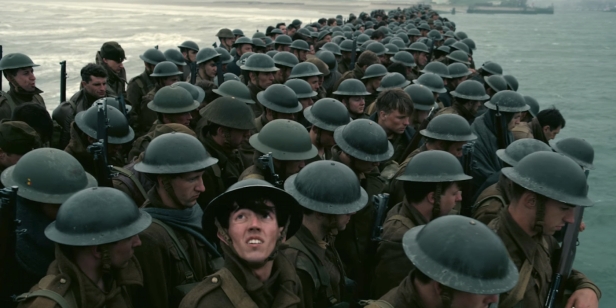 Truly, though, what complete this film are the sound design and the Hans Zimmer score. As visceral as the images are on the screen, there’s a level of immersion in the sound that brings you in completely. From start to finish, it never lets up, even in the quieter moments, as some moments are propelled forward by the impending doom of a ticking clock. It’s a masterful use of music and sound design and should no doubt be recognized come Oscar season.

Acting-wise, there isn’t a weak link. Yes, even Harry Styles gives a fine performance in the film. Much like the operation itself, this isn’t about one man shining through; this is a film about the collective efforts of all actors involved in order to bring this one together. In the end, while maybe you’ll find yourself rooting for the more recognizable faces (How can you not root for Tom Hardy?), everyone is perfect.

Dunkirk is, dare I say, a perfect film. I spend three full days trying to find something that would give me a reason to give this simply a 9 or a 9.5, but I cannot. Dunkirk is easily the best film I’ve seen this year and one of the finest films of the decade. 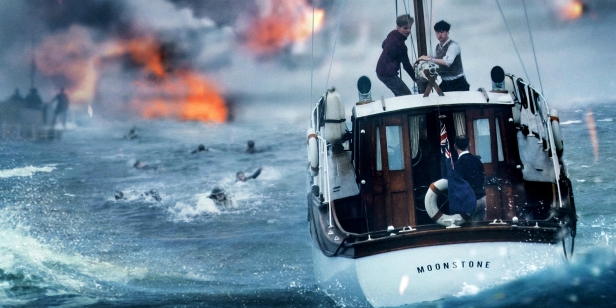 One thought on “We Shall Fight on the Beaches – Dunkirk Review”