PLOT: After the events of Friday the 13th, camp counselors from a neighboring camp are stalked by a masked assailant.

I’ve never been a huge fan of the Jason Voorhees film series; as far as I’m concerned, Friday the 13th ranks behind the Halloween and A Nightmare on Elm Street series, and if we go further, it pales in comparison to the first two Hellraiser films, too.  Suffice it to say, I haven’t seen all the films, including Friday the 13th Part 2, which is sort of the true starting point of this franchise, as it’s the first time Jason becomes the big bad.

Watching this for the first time in 2017, it’s easy to call this film unoriginal, but truthfully, this is one of the main originals.  I’ve watched plenty of sexy teen murder movies throughout 31 Days of Horror, and most of them are pretty terrible.  This one, however, is surprisingly competent, especially when you consider where this series goes and how silly it gets.  This film does not stray from the template, but it makes sense when you realize that it helped build that very template.

I think this one takes a step back from the gore from the originally, which you could probably chalk up to the exit of Tom Savini.  There’s still a good amount of gore, and a bunch of beheadings, but there’s nothing quite as iconic as the arrow through the throat scene from the original Friday the 13th.

This is a quality slasher film; well-paced and executed, it’s full of what we would eventually call jump scares.  In this one, they work, though, and while I don’t find slasher movies particularly scary, the tension built does not go unnoticed. 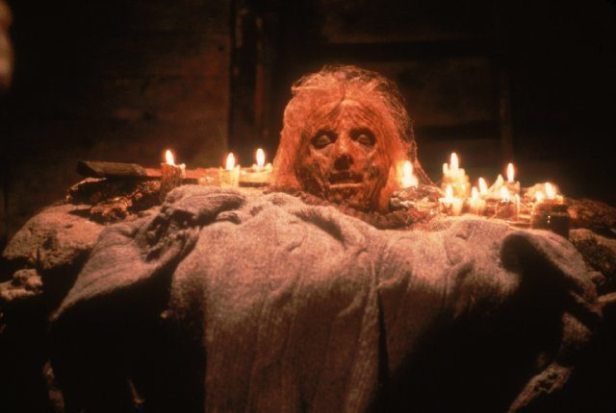 This one doesn’t come close to the boobfests that would follow, but you do get a skinny dip scene and a sex scene with no nudity.  Apparently, the sex scene originally had nudity, but the actress was underage, so… wow, casting directors; probably should’ve thought about that one, no?

Maybe nowadays, Friday the 13th Part 2 seems a little old-hat, but it’s still a pretty successful slasher flick.  It tells a no-frills story about kids going to camp and getting knocked off one by one, without delving too far into exposition about things we don’t care about (like, so is Jason alive or is he undead?  And if he’s alive, where has he been for 35 years?).  It only cares about sexy teens getting brutalized by a masked guy and it accomplishes that in spades. 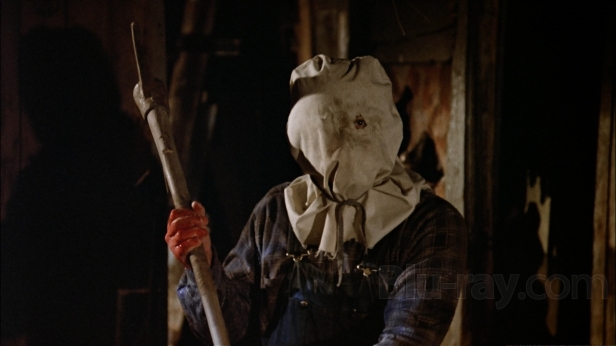