PLOT: A group of petty thieves break into a blind man’s house, only to find that the steal is a little more difficult than they thought.

This one is sort of stretching the idea of horror, as it’s probably more of a thriller, but fuck it, I watched it and it’s pretty gruesome, so it’s a horror movie.

Don’t Breathe is a pretty visceral experience, kind of in the way that we expect a Fede Alvarez movie to be at this point.  The noises are loud, that violence is abrupt, and it can be down-right chilling.  All in all, it’s a pretty wild experience that has its share of gruesome twists and psychotic turns that make you shift your allegiances more than a handful of times.

Money, Rocky, and Alex are a group of low-level criminals following a lead of a big-time score located in the house of a blind guy.  Sounds easy enough, but it turns out the guy is a veteran, and pretty adept at taking care of himself despite his handicap.  And he’s also probably insane, too.

The set-up is similar to the classic Wait Until Dark starring Audrey Hepburn, if Audrey Hepburn was a jacked veteran that has serious kung-fu grip and disturbing PTSD.  Stephen Lang is a menace in this film, and it’s kind of crazy to go from being on his side in the beginning to downright hoping he’d just die already.  I mean, he IS blind, but he’s fucked up, too.  Plus, it’s not hard to root for Jane Levy, even if she is morally questionable; she’s just so darn cute.

Don’t Breathe is tense as fuck and all-around a well-made piece of filmmaking.  Alvarez never lets up and puts each of his characters through the ringer, all the way up to the final frame.  He’s a talented filmmaker and this is a great watch.

This one has some pretty visceral kills, but surprisingly, doesn’t overdue it with the gore.  It doesn’t like Fede Alvarez is pulling any punches, though, you definitely don’t lose any of the effect, but it’s not too in your face. 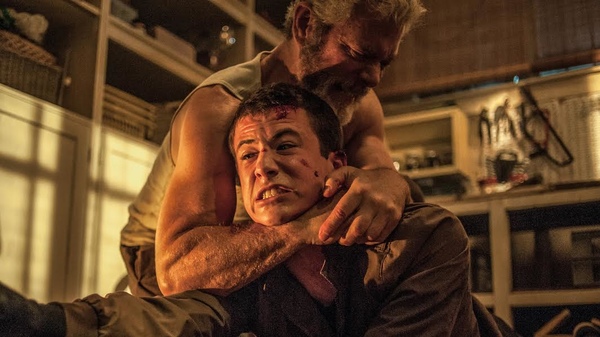 This one is pretty tense and claustrophobic.  Stuck inside the house with a guy hell-bent on protecting himself and his domicile, Lang is a force to be reckoned with in this film.  It’s not conventionally scary, but it keeps you on the edge of your seat throughout. 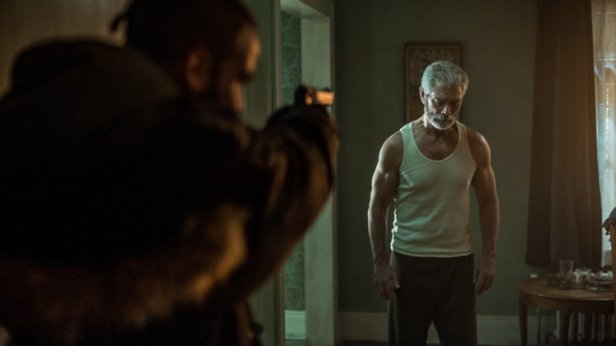 There is no nudity in this, but that doesn’t mean that there isn’t some pseudosexual creepiness to this film.  Stephen Lang’s blind man goes from empathetic to reprehensible pretty quickly.  It gets icky.

Don’t Breathe is an unrelenting ride.  It’s unpleasant at times and tension-filled throughout.  Fede Alvarez’s direction is that of a top-level genre director and is able to make a compelling story out of a pretty basic plot.  Throw in a strong cast including Stephen Lang and Jane Levy and you have a claustrophobic film that never lets the audience get comfortable.