PLOT: Werner Herzog’s remake of the classic Dracula tale. Count Dracula moves from Transylvania to Wismar, bringing the Black Plague with him.

This is how you do a remake.  When a director such as Werner Herzog handles a horror film, you can usually expect that they’re going to make sure that they put their stamp on the project, and this film definitely feels like a Herzog production. Honestly, I’m not the biggest fan of the Dracula story; I find it to be a bit boring, but I like what Herzog does with it here.

The story starts when Johnathan Harker sets out to the castle of Count Dracula in Transylvania to negotiate the purchase of a property in Harker’s town of Wismar. Traversing a harrowing journey through the mountains, Harker eventually comes to Dracula’s castle, only to have the master of the house feast on his blood. Then, Dracula sets off to Wismar to seduce Harker’s wife and make her his undead bride.

From what I know of the source material, which is basically from watching the Bela Lugosi Dracula and the original silent film version of Nosferatu, this one pretty much sticks to what has been laid out before. Herzog’s version seems to dive into the Black Plague aspect of the story a little more than the others, from my recollection. It definitely seems to be a bigger part of this story and the amount of rats that wind up lining the streets of Wismar is a sight to see.  Herzog’s Nosferatu the Vampyre is a bleak setting and one thing that sets it apart from one of the many other iterations of this story.

There’s very little, if any, blood in this movie. We really only see Count Dracula chomp down on one person and it’s pretty bloodless. 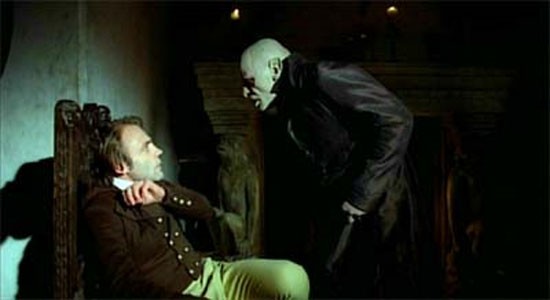 Klaus Kinski is the most perfect person to play Nosferatu and he’s a big old creep, but it’s not scary. This is definitely similar to the original portrayal of Nosferatu in terms of how he stalks his prey, at least when you compare it to later portrayals of Dracula. 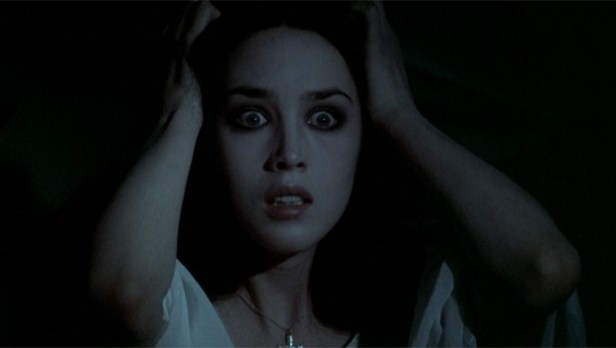 “Dracula” is a pretty sexual story, but there isn’t anything to salacious in this one. Dracula cops a feel at the end, but that’s about it. 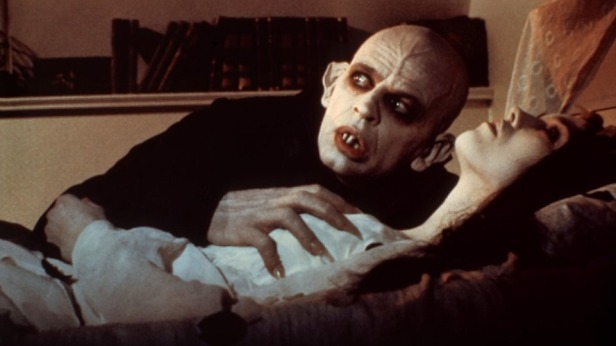 I liked this movie, but I wouldn’t say it’s anything special. I like how Herzog was able to convey a sense of hopelessness in a world that is overrun by death, and I like Klaus Kinski’s performance in this.  The European vistas are pretty special in this film, too, and I think that’s one thing in this film that far surpasses any other version of Dracula I’ve seen. That being said, I’m not the biggest fan of the source material, but it does a decent job of bringing it to life in a manner that doesn’t feel completely unnecessary. 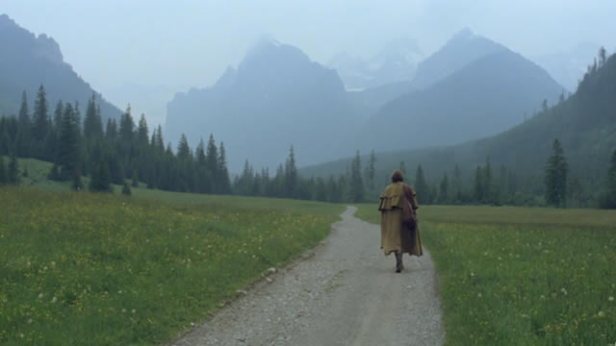