PLOT: A man from the 22nd century does battle with Pinhead and the Cenobites, attempting to undo the evil that his ancestors had created.

Well, there’s definitely a reason why this was directed by Alan Smithee. Hellraiser: Bloodline tries to swing for the fences by creating three different timelines, but ultimately, it fails to deliver a compelling story in all three.

Dr. Paul Merchant is a scientist in the 22nd Century, devoted to closing the gates of Hell that Pinhead has walked through. Why is this his mission? Because his ancestor built the original puzzle box that opened those gates in the first place. It’s an interesting concept, but in execution, in just plain fails.

Really muted at this point. It looks like budgets were slashed by this point in the series (this is the last theatrical release for a Hellraiser film) and it affects one of the strongest aspects of the original two films.  We do get some skin ripping, but it’s far from what we got in the original. 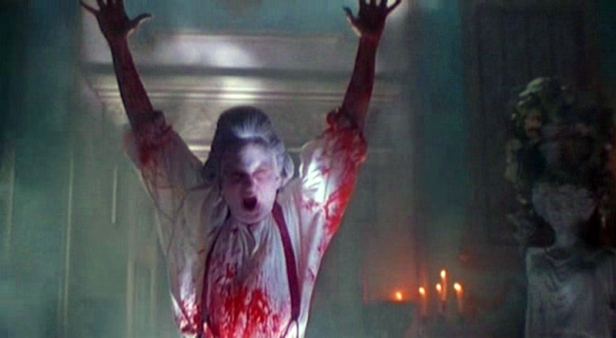 The cheapness of this film really does not help the scares. The sets all look like they were done for a high school play or a bad mid-90s Skinemax film and robs this movie of any effectiveness.

There are a couple of sex scenes in this, one of which shows some silhouetted nudity.

This is nowhere close to a good film. It’s cool to see Adam Scott in a small role, but this is a cheaply made film that doesn’t allow you to follow any of the three stories long enough to care. If you’re a completionist, sure, watch this, but the series sort of ended two movies ago.