PLOT: A young boy and his best friend accidentally unleash demons from a hole in their backyard.

This is a first-time watch for me, and I wish I had seen this when I was a kid, because this is the perfect family-friendly horror movie. Save for a couple of slurs that point to the movie’s age, there’s nothing really objectionable here that you couldn’t show a kid that’s into scarier fare.

The film stars a young Stephen Dorff as Glen. When Glen’s parents go away for a weekend, Glen and his buddy Terry accidentally open a portal to a demonic dimension that was dug up by some construction workers in Glen’s backyard. It’s up to Glen, Terry, and Glen’s older sister Al to try to close the portal before Glen’s parents get home and they get into trouble.

This movie is so much fun. It probably could be about 15 minutes shorter, but it’s a real delight. It’s your classic 1980s movie about kids being in a world without adults and just taking care of things themselves. I kind of love those kinds of movies, so this one was right up my alley.

Some gore here and there, but nothing that would push anything into a hard rating. It’s perfectly appropriate for a movie you’d be able to sit your kids in front of.

Again, nothing scarier than you’d see in a children’s film, but there are some cool animation effects of the monsters. 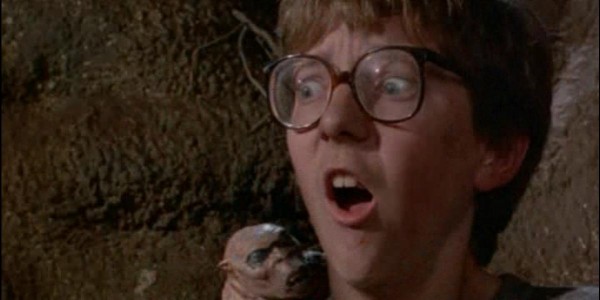 Nothing. This is a family movie. Though I guess the minions don’t have clothes on.

I really enjoyed this movie. I wish I had seen this earlier, because this is a movie I would have watched over and over again as a kid. If you’re an adult with younger kids looking to get into some horror movies, this is a great jump-off point for them, but there’s still a lot of appeal for adults.