This is one of those slow burn horror movies that probably divides its audience. There’s not much that happens in this film, but I really enjoyed it, most of all for its performances by the two leads, Kiernan Shipka and Lucy Boynton. But the atmosphere in this film is right up my alley and probably one of my favorite 31 Days of Horror films of the past handful of years.

Kat (Kiernan Shipka) and Rose (Lucy Boynton) are two Catholic school girls that are left behind at their boarding school while everyone else goes away for winter break. Kat is eagerly awaiting for her parents, supposedly held up by the storm, while Rose is dealing with a possible unplanned pregnancy before her own parents come to pick her up. As the boarding school grounds grow quiet, the two are confronted with possible evil forces that lurk on the grounds.

I watched Oz Perkins’ I Am the Pretty Thing That Lives in the House last year, and this film has a similar MO, but I think there’s a bit more payoff here. The other film seemed to just be obsessed with its own atmosphere without really trying to accomplish much more. This one at least has a bit more of a story and the fact that there are two characters in this one playing off each other helps. I liked this one, but I definitely think that it won’t be everyone’s cup of tea. It toes that line that The VVitch sort of mastered; while I don’t think it matches up to that film, I’d put it in that sort of company.

There’s some stabbing-related gore in this one. It’s not too exploitative and it’s pretty based in realism, but it’s still a fair amount. 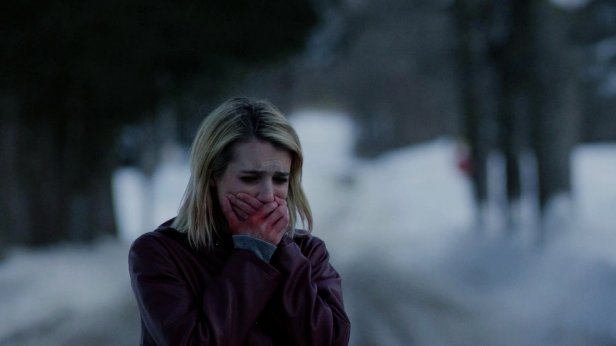 There’s some unsettling moments in this movie, especially when Rose tries to find Kat in the basement. According to IMDB, Emma Roberts said she couldn’t sleep after reading the script. Maybe I’m desensitized, but there’s nothing that translated to the screen that would make you lose sleep, but it still has some creepy moments.

Nope. Rose is dealing with a possible pregnancy, but she’s already possibly pregnant in the film. Emma Roberts strips down to her underwear and then into a towel after a shower, but nothing scintillating about it. 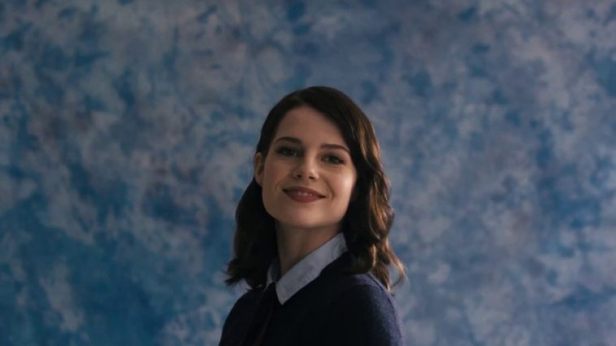 I liked this movie, but I recognize that it’s probably not for everyone. It’s not very flashy, and not much happens, but Oz Perkins does a great job of setting up the mood. He’s only directed two films, but it’s clear he has a style. While I didn’t like I Am the Pretty Thing That Lives in the House, I quite enjoyed this one. 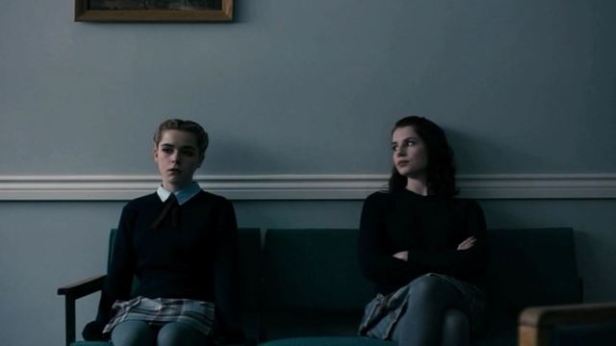