PLOT: A group of delinquents are sent to clean up the abandoned Blackwell Hotel in exchange for shorter sentences. Little do they know that a psychopathic murderer has been hiding out there.

This is exactly the type of slasher horror film you’d expect the WWE to make. It’s loud, obnoxious, and about as subtle as a Jim Ross commentary. It’s a shame, too, because Glenn Jacobs has enough presence to take up the mantle of some of the biggest names in horror. I could see him as the next Jason Voorhees or Michael Myers based on physicality, but this film doesn’t quite achieve more than a bargain bin slasher status.

The plot revolves around a group of young people that have been arrested for petty crimes. They’re sent to the Blackwell Hotel to do some clean up as part of a reduced sentence agreement which, If I’m being honest, seems grossly understaffed in terms of prison employees supervising this excursion. Anyway, the group run into trouble, as it turns out a wanted psychopath has been holed up in the hotel as a sort of base of operations of weird shit. One by one, when the group tries to bang on dirty mattresses or take showers in gross bathrooms, he kills them in the most meathead ways imaginable, usually by just tossing them around and then stealing their eyes with his catcher’s mitt hands.

This is a time and place sort of movie, as it’s a slasher but borders on that torture porn genre that was prevalent in the mid-2000s, thanks to movies like Saw and Hostel. You can even see the inspiration in the color tone of the film, as its full of harsh contrast and washed out colors. It looks pretty ugly, which I guess is the point. Otherwise, the film is kind of forgettable; the kills are bland, save for the eye stealing. This is like a safe slasher movie. If this shows up on SyFy or AMC, it’s something to have on in the background, but it probably won’t make you stop what you’re doing to watch it. It clocks in at under 90 minutes, though, so it won’t ruin your day either.

There’s an okay amount of gore in this one. Eye injuries always bother me and some of the eye-gouging is pretty stark. That’s a personal thing of mine, though. 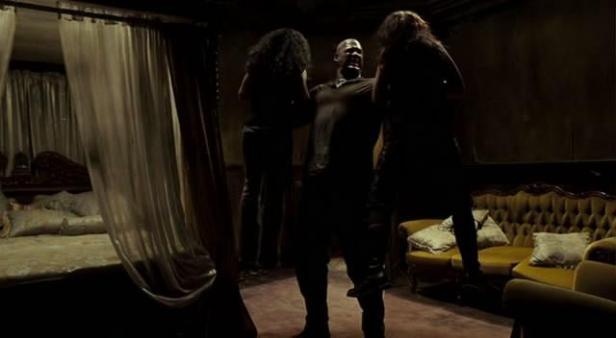 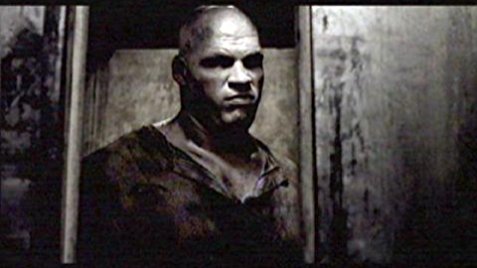 You get some nice backside shots of our heroine in the shower, but you don’t really see anything. There’s also an almost sex scene that doesn’t go anywhere past heavy petting.

This movie exists. It’s mercifully short, but there’s not much that’s very memorable. I could see Kane succeed in a horror film as a bad guy, but he’s probably best suited to be the next in line to don the mask of an already established property. I don’t see true acting chops in this one from him, but he’s not terrible. He has the physicality and he’s a force in this film, but the film is just pretty bland. 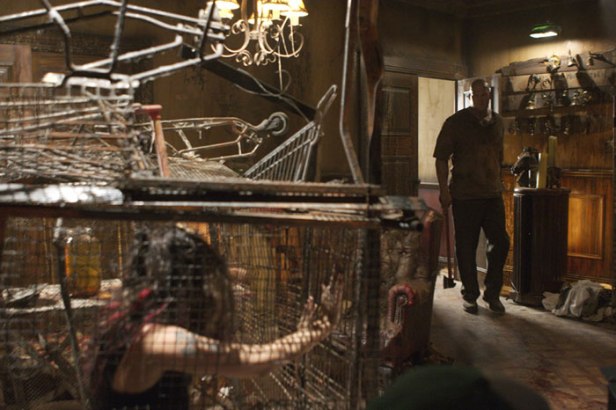