PLOT: An anthropology professor goes into the Amazon to find a lost documentary crew, believed to be murdered by cannibal tribes. When he retrieves the footage the crew shot, the story seems to be quite different.

Man… FUCK. THIS. MOVIE. Honestly, I don’t know what I was expecting. This film has a reputation, and I thought I was prepared for it. It’s not the gore, which there is plenty of it, and the parts that aren’t real look real enough, but this movie is an unpleasant, reprehensible experience from beginning to end. I suppose that’s the point, and I would say any fan of horror should sit through this unpleasant garbage at least once, but goddamn once is more than enough.

The film starts as a news report describing the recent disappearance of a young documentary crew that traveled down to “The Green Inferno” in the Amazon to document native cannibal tribes. An NYU anthropology professor sets out on a rescue mission in hopes to find the crew, or at the very least, find out what happened to them. On the trip, he finds the tribes, while primitive in nature, are anything but hostile towards him; if anything, they are noticeably frightened by his presence. After adapting himself to their culture, they gladly hand over the reels of film that they seized from the original documentary crew, having no idea what to do with them. As the professor screens the film for himself and film execs, it becomes abundantly clear that the crew did not simply encounter a hostile cannibal tribe. In truth, they were the hostiles.

Therein lies the unsubtle point of the film, and the reason why this movie is so disturbing. The film crew goes down to the jungle to find what they consider to be “savages” and come away as true monsters. They burn villages, putting lives in danger, just to set up stories about warring tribes, gang rape a woman, indiscriminately kill animals meant to be the food supply for the tribe, and just act like a bunch of shitty, entitled white people.

And that’s all the film is after the professor retrieves the footage. It’s scene after scene of these privileged shitbags being shitty to people that have no idea what’s going on. That’s where the unpleasantness comes from: just how these people act and how often you’re forced to sit through their bullshit. They are garbage people and deserve every last bit of comeuppance they get, but you unfortunately have to sit through a lot, and it just doesn’t seem worth it at the end of it all.

Real gore and fake gore, it’s tough to tell which is which. They notoriously and senselessly butchered a number of animals in this film, and I really wish they butchered the people. Not really, but you get my point. The gore in this film lives up to the reputation, but it’s not even what makes this movie such a chore to sit through.

This isn’t scary in the traditional sense, but it’s pretty upsetting. This movie makes you hate it, so I guess that’s something. 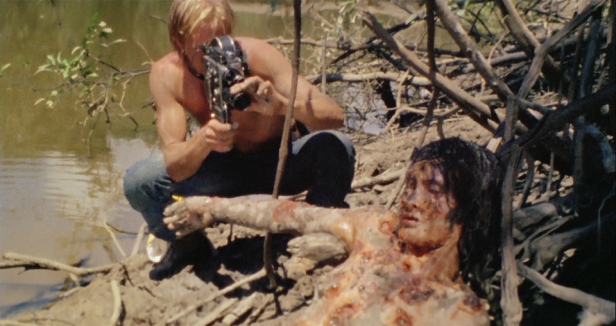 Lots of National Geographic type of nudity and also a whole lot of rape. Again, this film’s reputation is earned and it’s not the good kind of nudity that’s basically there for fan service. It turns your stomach, unless you’re a sociopath. 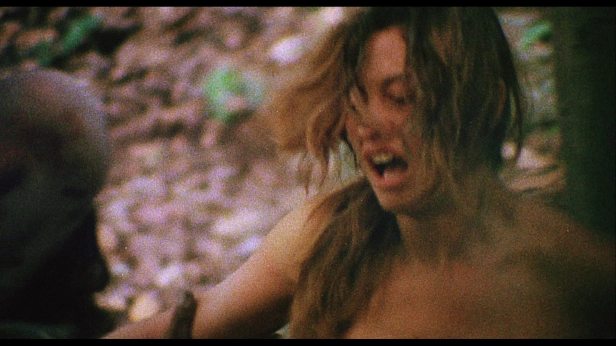 As I said: fuck this movie. It does was it sets out to do, which I guess I need to give it credit for, but the whole journey is one you wish you never went on at the end of the day. I’m okay with being shocked and brought out of my comfort zone, but I never want to see this movie again. This is rightfully in the same category as The Human Centipede (which is arguably a better movie) and A Serbian Film. See it to say you’ve seen it, then move on with your life.