PLOT: A young woman researching folklore about The Three Mothers goes missing and her brother returns from Rome to find her.

I did not know that this was a sequel to Suspiria, so this was an appropriate movie to watch, given that the remake is not that far away. I like Argento’s stuff; he’s got such interesting colors and visuals that it props the movie up, even when it starts to get a little weird. This is about on-par, but maybe a small step down, from Suspiria, but anyone that enjoyed that film should take something away from this one.

Inferno revolves around a brother and sister: the sister is a poet in New York City, obsessed with the folklore of the Three Mothers, three witches that control the domains they live (Rome, New York, and Germany). When the sister digs too far into the Mother in New York City and the strange history of her apartment building, her brother returns from Rome and tries to find out what happened to her.

This is your typical Italian horror film, but it’s a pretty decent one, and not one I was too familiar with prior to watching it. It has some amazing visuals, even though the story is a little out there. Additionally, there are plot threads that kind of don’t end up anywhere and it’s hard to understand what anything means. It could also be about 10 minutes shorter; like, everything that happens in this film takes FOREVER, and the film decides to show it all in detail. For instance, an early scene has the sister dive into a ballroom that has filled with water to retrieve a key. And she takes her sweet goddamn time. And there’s an entire scene where we have to watch a crippled guy hobble through Central Park to drowned some cats in the lake, only to fall down and then get eaten by rats.

Speaking of that scene, this scene ends, SPOILER ALERT, with a cook from a food truck running over to, what seemed like to be to aid the crippled man, but instead he just stabs him to death. Who is this food truck guy? Why is he killing this guy? I assume that it has something to do with the witch, but we never get enough info about the backstory of this witch situation. Regardless, you can probably chalk it all up to weird Italian directors.

There’s a whole bunch of stabbing blood, but nothing that splattery. It’s mostly inferred gore rather than actual gore. 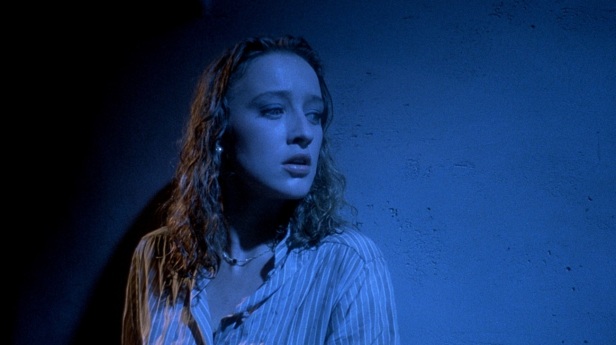 This one could be sort of creepy. I wasn’t terrified, but I rarely am, but Suspiria seemed a bit more creepy. 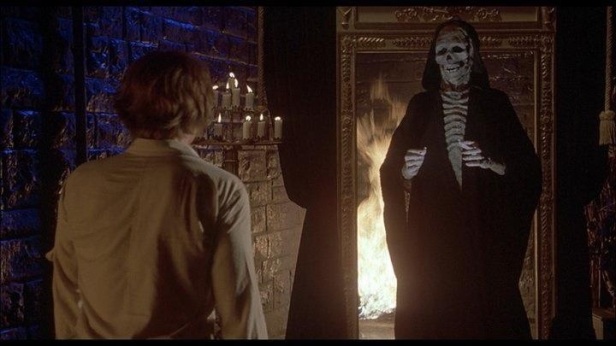 The sister winds up in a wet blouse when she goes to retrieve the key in the beginning, but that’s about it. 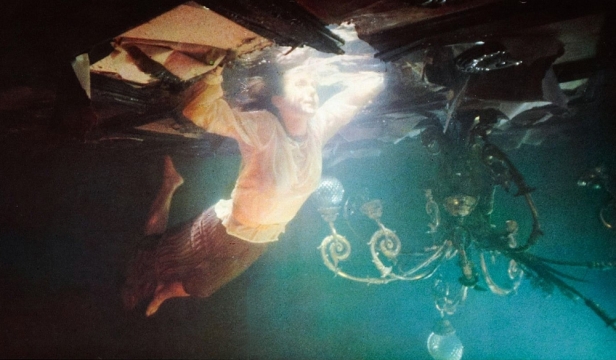 This was a pretty solid film, if not wholly satisfying. There are some loose threads that don’t really go anywhere and there are parts that I was looking for it to move along, but Argento is a master filmmaker, and even when there are odd music cues and suspect acting, you can at least be in awe of his visual style. 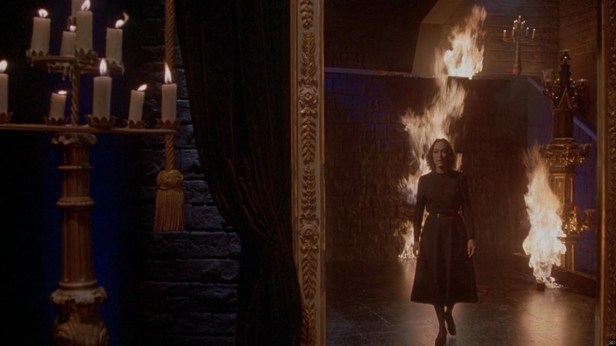