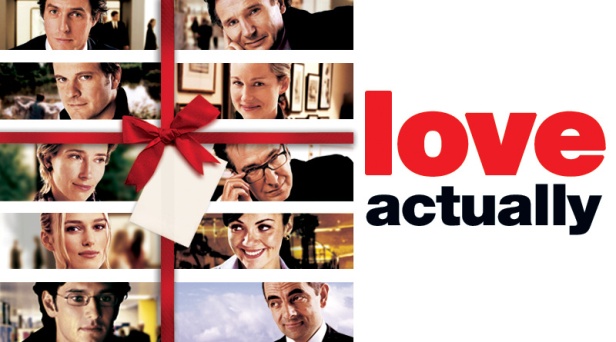 PLOT: Follows the lives of eight very different couples in dealing with their love lives in various loosely interrelated tales all set during a frantic month before Christmas in London, England.

You know that feeling when you come in contact with something or someone for the first time and you know that you are going to like this thing/person for the rest of your life. When it comes to movies, it’s the moment when you nod and go, ‘yeah, this is something I can get behind.’ For me, it was the surprise performance of “All You Need is Love” after Peter and Juliet’s wedding in Love Actually. From that point forward, the movie could do no wrong.

The weird part about my enjoyment of Love Actually is that I don’t have the same fondness for Richard Curtis’ more famous works, such as Four Weddings and a Funeral and Bridget Jones’ Diary. Something about this particular movie really got its hooks into me, and I think it starts with the performances. One of the hardest thing with an ensemble cast is giving each actor enough screen time so that they don’t mail it in because they are not the star. What Curtis does in Love Actually is kinda brilliant, and should be a model for these types of films. He never allows the audience to realize that some actors aren’t in the film as much as they think because he switches between stories enough that you are never left wondering, ‘I haven’t seen so and so for a while.’ Each story feels important to the film, and that is a tough thing to do in a movie like this.

Love Actually, at least in my personal experience, has this innate ability to make me enjoy a different love story each time I watch. Usually the one I chose correlates to where I am at in my life at that moment, and I begin to see similarities between the story and my life. For example, Jamie and Aurelia’s thread is for when I am dealing with a break up or any sudden disappointment, and on the flip side, John and “Just” Judy’s captures me when I’m in the beginning weeks of a relationship and everything seem right and perfect.

Now these emotional hooks would never be so strong if it wasn’t for strong individual performances from some of the best actors in the profession. Colin Firth (The King’s Speech, The English Patient), Alan Rickman (Die Hard), Laura Linney (Mystic River, The Big C), Liam Neeson (Taken, Schindler’s List) and Hugh Grant (Four Weddings and a Funeral, Bridget Jones’ Diary) are all on top of their game, but their work is overshadowed by the master-class put on by Emma Thompson (Sense and Sensibility, Howard’s End). If you don’t get at least a little filled up when she’s crying after realizing that her husband is possibly cheating on her, then I want to know what planet you come from. It was so powerful and dignified that I can’t think of another moment in any film that gets to me emotionally more than this one. There’s nothing unnecessary about the scene, and everything is controlled and authentic; it is almost perfect.

Would you look at that?! There’s a Nativity scene in Love Actually. Sure, they added a few extra parts, such as Daisy’s “first lobster”, but as you can see below, everything else is in place.

Reason For the Season Score: 1 out of 5

Each of the love stories told in Love Actually represent a different type of love. Harry and Karen are the married couple with kids at a crossroads in their relationship; Jamie and Aurelia show that love can breakthrough a language barrier; Peter, Mark and Juliet presents a story of unrequited love that is only extinguished after it’s acknowledged; Sarah’s choice of her brother over her crush is an example of how the love of family can supersede ones selfish desires; and Joe and Billy Mack’s relationship is of a best friendship that can only be appreciated over time and how platonic love can be just as strong as romantic love. If there’s one thing this movie isn’t lacking, it is stories about love.

While it’s not overwhelming, but there’s enough in there to get you in the Christmas spirit. There are few movies that capture that feeling for me and this is one of them. It’s not perfect, but it is great. 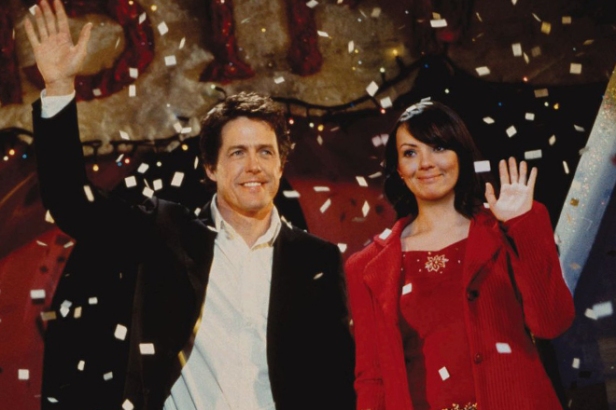 Love Actually is a movie that I feel you either love or couldn’t care less about. It is truly a film that needs to grab you in those first few scenes to get you hooked because you need to be bought in to enjoy the rest of the movie. Even if you don’t like it, I would recommend at least watching the Emma Thompson crying scene, so that you know how a world-class actress should convey emotion, especially if all the experience you have for moments like that are shows like Grey’s Anatomy or whatever teen drama The CW is kicking out these days. She takes it to a whole other level and you won’t look at similar scenes the same again.