PLOT: A bored housewife dabbles in infidelity and witchcraft, which ultimately leads to murder.

This could possibly be the worst movie I’ve ever watched for 31 Days of Horror. I’ll give it one thing: it’s pretty well-directed, and it actually has Donovan’s hit single “Season of the Witch”, but that’s literally all the positives that I have for this film.

Also known as Hungry Wives, also known as Jack’s Wife, this film is hardly a horror film and those titles are probably more appropriate that the name Season of the Witch. There are a couple of scenes with the main character practicing witchcraft, but calling her a witch is like calling me a beer brewer because I made one batch of skunky beer with a beer kit.

This movie probably works better as a feminist movement film, as Joan is an oppressed middle-aged woman that is being taken for granted by her abusive husband. Rather than go to a rally with other like-minded women or read some Gloria Steinem, she goes to a witchcraft store (you know, like the one every suburban town has) and casts a couple of spells. She also “balls” with the teacher’s assistant her 19-year-old daughter has been “balling” after he freaks out her other middle-aged friend after he offers her some “grass”. It’s kind of a stupid movie, to be honest, and it doesn’t ever amount to anything.

They say that George A. Romero cut half of the movie, which the version on Amazon Prime amounts to a merciful 90 minutes. I can’t imagine watching a longer version.

Joan shoots her husband at the end. He bleeds.

If you’re afraid of women, you can probably freak yourself out a little bit with this one. It’s about a woman sowing her oats, so it probably will make some Trump supporters clutch their pearls. Otherwise, it’s not scary at all.

As mentioned, main character Joan balls with some younger man, and you see some nipple in a couple of sex scenes. For a woman that’s supposed to be “over-the-hill”, you can do a lot worse.

For a 90-minute movie, this is a chore to sit through. Calling this film Season of the Witch is pretty misleading, as calling the main character a witch is a bit of a stretch. George A. Romero does a decent directing job in this, as there are times it feels very claustrophobic, but ultimately, this probably should be re-evaluated as a horror film.  In short, there’s only one film you’ll ever need to see titled Season of the Witch, and it’s the criminally underrated Halloween III: Season of the Witch. 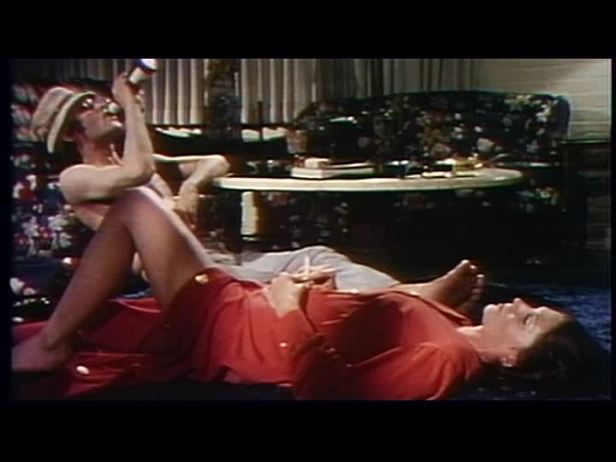