PLOT: The Christmas season finds Roseanne volunteering to be Santa at the mall where she makes a surprising discovery about Darlene’s new friend Karen.

At this point it should really come as no surprise that the saying, ‘the more things change; the more they stay the same,’ becomes more appropriate every day. There is no better example for me recently than Roseanne’s season 4 Christmas episode, “Santa Claus”. It tackled some of the same political and familial issues that we are discussing today, and will probably still argue about in the future.

The opening scene sets the stage for the plot that will revolve around the Conner family, as Darlene comes home from hanging out with her new friend, Karen. At first it’s played for laughs because Roseanne and Dan are happy to know that she even has a real friend, which mirrors a similar discussion in household today that involve teenagers, parents, social media and the lack of outdoor play. As with most early Roseanne episodes, it soon develops into a deeper issue. As mother and daughter finally talk through the lens of an argument and find out that they are essentially looking for the same thing: acceptance from the other. This disconnect, especially in the digital age, becomes harder to solve as the world a kid today grows up in is far different than that of their parents, which makes it difficult to find a common ground like Darlene does with her writing.

Outside of the family situations, Roseanne — especially for the time — was one of the more progressive sitcoms on television. Sure, it’s played off as a joke most of the time, but it surprised me to hear a mention of the wage disparity between men and women on an early 90s ABC show. Even though today’s push for equality is finally gaining traction, it wouldn’t be where it’s at without the help of Roseanne mentioning the issues on prime time on broadcast TV. It is astonishing to look at the growth of the female sitcom lead from Lucy to Mary Tyler Moore to Roseanne, with the latter bringing those equality issues to Middle America, and realize that without them, we may not have seen the generation currently coming of age and demanding equality in entertainment or society.

While not a connection between the holiday and Jesus, there is a discuss of atheism during the episode. Once again, something that makes early Roseanne stick out in sitcom history. It gets a few points here for even mentioning God. And I must pointing out that Sara Gilbert is absolutely brilliant in this scene. 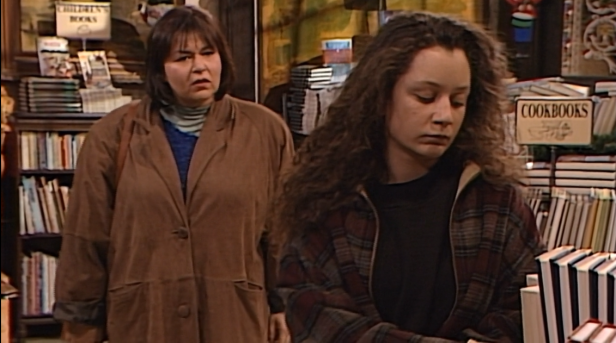 Reason For The Season Score: 2 out of 5

The idea that the Conners, a lower middle-class family from the Midwest, would not have their house decorated for Christmas in December is a bit suspension of disbelief. Thankfully, the mall (the 90s, amiright?) Roseanne works at does enough to make this a passable Christmas episode. The act with Roseanne as Santa is one of the better comedic sequences centered around the “mall Santa” concept.

As much as the show is very much of its time, Roseanne, and in particular this Christmas episode, was much further advanced than any show on TV today. Season 4 was where the show hit its stride, and “Santa Claus”, was one of its top moments, and the exact reason I am watching shows from every generation. 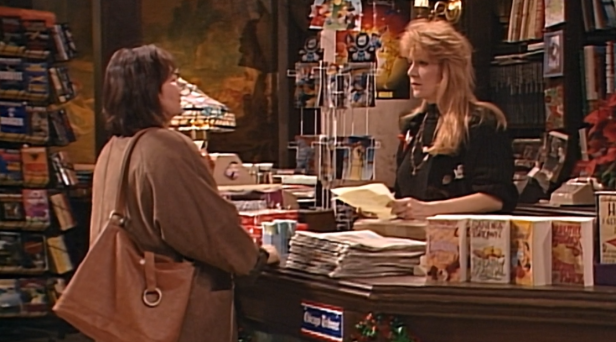