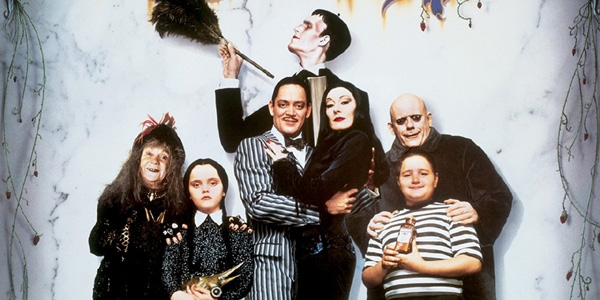 Synopsis: A family film based on the television series, The Addams Family follows the family as Fester, who has been estranged for 25 years, comes home.

With all my horror-watching going on this month, I decided to take a step back and watch a movie I used to watch as a kid. It may not be traditional horror, but it’s a fun movie that, despite the MC Hammer theme song, still holds up for the most part.

I’m not going to do a traditional 31 Days of Horror review, because it doesn’t really apply to this film, but I felt like I should mention it. One of the main things I love about this movie, besides the tongue-in-cheek macabre humor, is Raul Julia. He’s so sincere in every single moment in this film that he just nails the character perfectly. My favorite part has to be the part where he calls up Sally Jesse Raphael after they’ve been kicked out of the house. Makes me crack up every time.

I’ll keep this short, but if you’re looking for a family-friendly movie to watch this Halloween, you could do worse than The Addams Family.