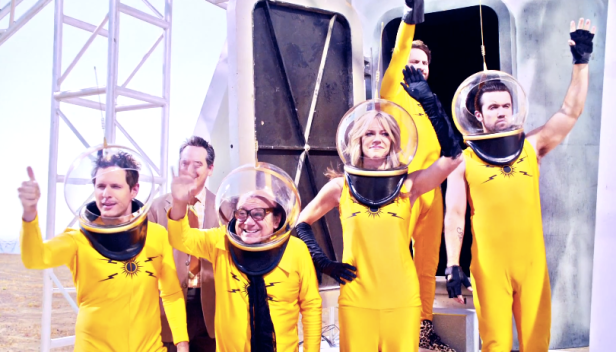 If you haven’t been watching It’s Always Sunny in Philadelphia, you missed this past week’s episode, which featured a single tracking shot that encompassed nearly the entire runtime. Besides the technical achievement, it’s a fantastic episode and Charlie Day’s performance in it is Emmy-worthy. He won’t though, because It’s Always Sunny in Philadelphia is underrated among television comedy. Here’s what I think are the 5 best episodes from the long-running series.

A common theme in the series is how highly Dennis and Dee think of themselves, especially when compared to the lowly Mac and Charlie; this is the basic premise of their board game “CharDee MacDennis: The Game of Games. Mixing drinking with public humiliation and physical and emotional pain. It’s a display of how horrible they can treat each other and features Frank in a dog kennel eating the ingredients of a cake.

The name of the episode may not sound like this episode is all that memorable, but this happens to be the episode in which the gang unleashes Lethal Weapon 5 on a group of students that Dee is substitute teaching. Predictably, the movie is terrible, featuring, among other things, blackface, recycled plot point from the real Lethal Weapon movies, and an entirely gratuitous and overly long sex scene featuring Frank Reynolds. It’s fantastic and it showcases just about how tone-deaf the gang can be at times.

Dennis is pretty much a sociopath and there is no episode that showcases how disturbed he can be than in this season five episode, in which he lays out his seduction process, which includes prank calling the girl to fear for her life. It’s also funny to see Mac and Frank’s sorry attempts to put forth their own plans that aren’t nearly as harmful.

This is one of the crowning achievements in the gang’s history, and one that dates back to the “Sweet Dee is Dating a Retarded Person” episode of season 3. In one of Charlie’s finest moments, he puts together the play “The Nightman Cometh” in order to try and score a marriage proposal acceptance from The Waitress. It doesn’t really matter why he does it, though, because the gang’s ineptness at most anything leads to some hilarious moments within the stage performance. It’s filled with molestation undertones, rapes, and improvised stage fights. 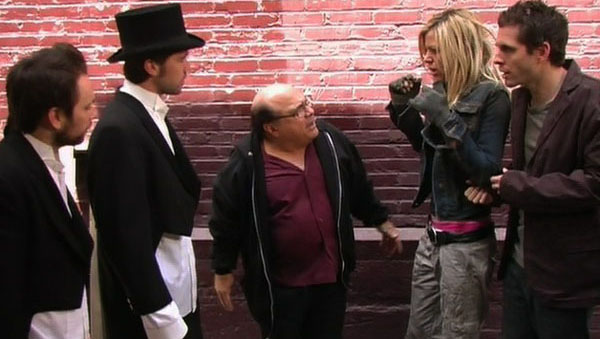 An early classic, “Dennis and Dee Go On Welfare” showcases each of the characters, encapsulating each of their wild tendencies. It’s all about money in this episode, as Dennis and Dee try to slum it in order to go on welfare. Meanwhile, Mac and Charlie live it up with limos and hookers all on Frank’s dime. This is a perfectly tight early episode and gets its point across without the more outlandish theatrics of later episodes.