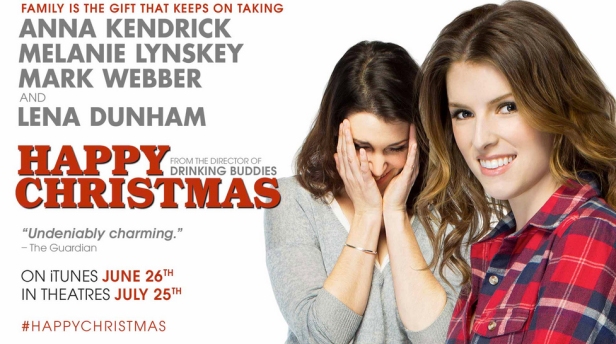 PLOT: After a break up, Jenny moves in with writer Kelly, her filmmaker husband, and their child. Despite a rocky start, Jenny’s influence helps Kelly realize that an evolution in her life, career and relationship is necessary for her happiness.

In every genre, it is refreshing to see a film take a more realistic approach. While all the grandeur and pop and circumstance of your traditional ABC Family, Lifetime and Hallmark movie is fun to watch, it is also nice to see a reflection of your own Christmases. There’s only so much suspension of disbelief you can take before these movies lose the impact. Thankfully, this movie doesn’t insult your intelligence at any point.

Happy Christmas stars Anna Kendrick (Pitch Perfect, Scott Pilgrim vs. The World) and Melanie Lynskey (Two and Half Men, Up in the Air), and directed by Joe Swanberg — who also plays Lynskey’s husband. Swanberg is best known for his indie comedy, Drinking Buddies, which famously had little to no script. I assume Happy Christmas followed the same all ad lib formula because the dialogue felt awkward yet realistic, and added a feeling of rawness to the story line. While it was not as compelling as Drinking Buddies, it did strike a nerve with me because I recognized many similarities with my own Christmases. It was nice to see a take on the holiday that did not look like an idealized version of the fantasy that Hallmark would like it to be.

Kendrick plays Jenny, the immature younger sister of Swanberg’s Jeff, who need to move in with her brother and his family after breaking up with her boyfriend. After a hard night of drinking on her first night, Lynskey’s Kelly begins to distrust Jenny and reconsiders letting her into their home since they have a child. From this moment forward, the film follows Jenny as she tries to win back Kelly’s trust, and as she slowly builds her relationship, she continues to make decisions that could break it at any time. The realistic relationship between Jenny and Kelly is one that you normally wouldn’t find in a two-hour Christmas movie because it is too rough around the edges. It feels like it would work better on television.

Nothing at all. The faith of the characters is never mentioned. 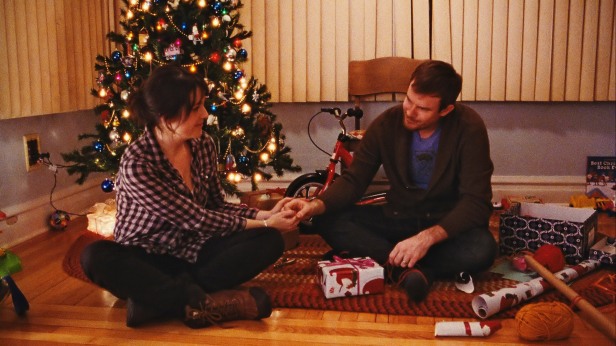 Most of this movie is about the love family and not much in the relationship department. The love story between Kendrick and Mark Weber (Scott Pilgrim vs. The World) feels tact on and never built-up enough for the reaction Jenny has to a fight at the end. 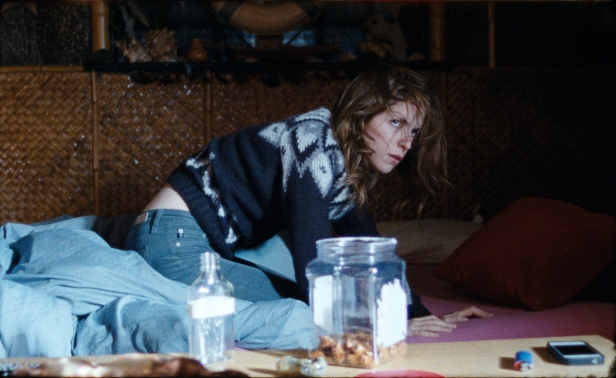 There is a Christmas tree in some of the shots, and there is a gift exchange at the end, but there is little in terms of decorations and Christmas carols. 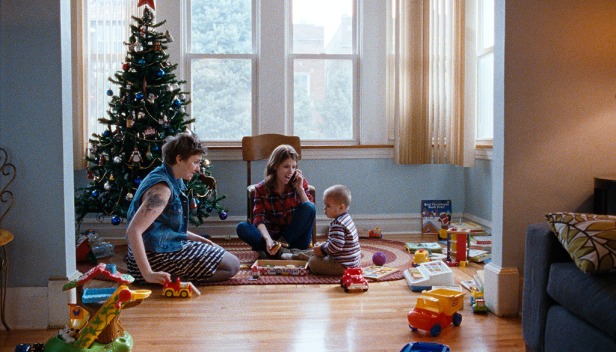 The only thing that I really disliked about this movie was the third act. It accelerates everything and loses a bit of the realistic nature of the rest of the film. Jenny’s decision-making really comes out of nowhere, and it feels like we miss a part of the movie where her anxiety was building. So while the acting in the final scenes is fantastic, the reason for it occurring are a little weak. What it does, even through the shaky parts, is keep the theme of loving your family no matter what in tact, and gives you the type of ending that would occur in real life. It really feels like it would work better as a mini-series. Despite that, I did enjoy my time with this film and it was mostly because I feel a connection with these limited script movies. 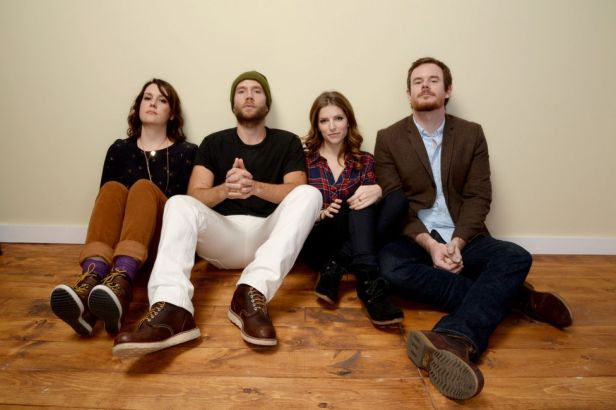