Guys, I made a terrible mistake.

Even after watching her other Christmas movie, Christmas Cupid, I gave Christina Milian (Be Cool) another chance. I know, I know, but look at that poster above. How could I not watch it for this feature? She gets transported into a freaking snow globe. Also, if you haven’t figured this out by now, I am a masochist.

Snowglobe is about Angela (Milian), who is the eldest daughter of the most stereotypical Cuban and Italian family, and she feels like the black sheep — especially at Christmastime. She dreams of snow, Christmas trees and a traditional Christmas dinner, which apparently includes a goose. But her family’s tradition is “green lasagna” and every other cliché Italian food you can think of. Continuing the stereotype train, her family is also very pushy and doesn’t respect boundaries, which infuriates Angela. After a frustrating day with her family, she is magically transported into her snow globe.

While at first the world inside the globe is her ideal Christmas, she soon realizes that perfect may not be what she really wants. I would normally forgive this side world as being goofy, but the acting of the residents is way over the top. Douglas — played Matt Keesler (Jekyll, The Middlemen) — is the most obvious ripoff of Elf that I’ve ever scene. He basically has every trait of Buddy without any of the personality. His girlfriend in that world, Marie — played by Kailin See (The Assassination of Jesse James by the Coward Robert Ford) — is like the female version of Douglas. It is really a shame because there’s a lot you could do in the alternate world that would be interesting, but like every thing else in this movie, those involved completely missed the point.

Somehow Snowglobe was able to get Lorraine Bracco (Sopranos, Hackers) to agree to perform in this movie. She is so completely under utilized that I think she did it as a favor. The only scene that had any emotion in it was between Bracco, who played Angela’s mother, and Milian after Angela showed up late to her sister’s baby shower. It was this glimmer of brilliance in an otherwise intelligence insulting 90 minutes. There were so many other moments that Bracco could have used her talent to improve this film. It’s like the writers produced this script in one night, and as much as we make fun of ABC Family movies, this was a new low.

Even Jesus wouldn’t have been able to save this movie. 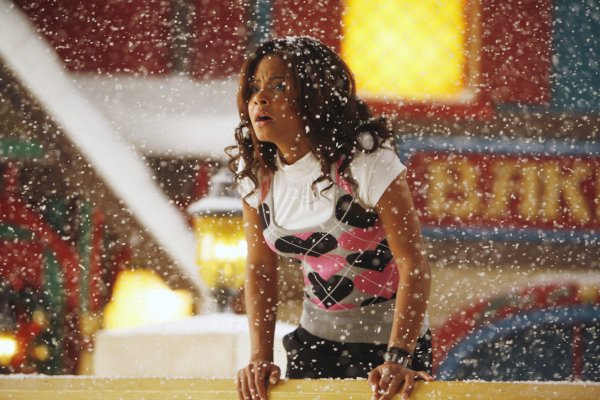 This love story confuses me on multiple levels. First, Angela wants nothing to do with Eddie because her family planted him in an apartment on her floor so she would date him. Then, after one game of Jenga and spending almost an hour with her family, she is all about him. In short, it’s bad screenwriting. And I’m not even going to talk about the snow globe couple. 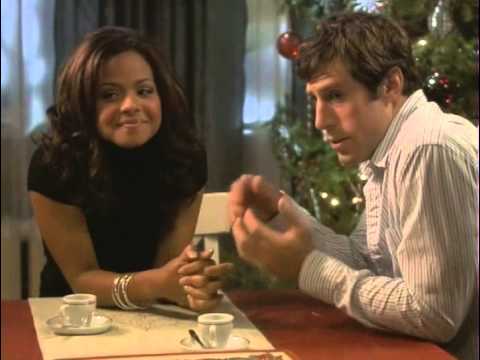 This is really all Snowglobe has going for it. Angela is obsessed with having the perfect Christmas, so her entire apartment is decorated perfectly for the season, and when she’s transplanted into snowglobe, it is a place where everything she ever wanted exist. I will hand them this, the snow globe village is exactly what Buddy the Elf would dream about, and it appeared to be the one thing they cared about getting right. 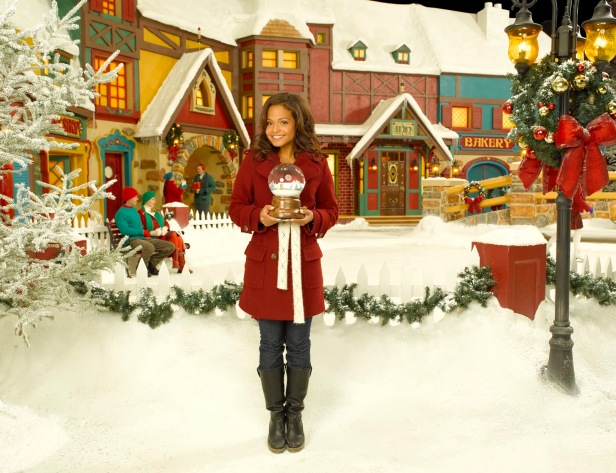 There are way too many problems with this movie to even think about recommending it. It leans too heavily on stereotypes and doesn’t give us enough to care about any character in this movie. As Zoidberg would say, ‘your movie is bad and you should feel bad.’