PLOT: BoJack and Todd watch a very special Christmas episode of “Horsin’ Around” to celebrate the holidays.

At this point the series is when all the movies start to blend together, so it was refreshing to watch something that was making fun of everything that I have watched before. BoJack Horseman’s Christmas Special was a very meta experience as it was about two guys watching a television Christmas special and making fun of how they are all just ratings cash-ins. It was like watching an animated riff tracks live, but by one of the actors involved in the special.

BoJack’s Christmas Special starts with our horse protagonist being very cynical about the Christmas season. While his goofy friend, Todd, tries to get him in spirit. This includes singing carols and eating a comically large candy cane. After failing to get BoJack excited, Todd suggests they watch an old Christmas special from BoJack’s old TV series, Horsin’ Around. The preciseness at which they satirize sitcom Christmas specials, especially ones in the 80s and 90s, is the best takedown of the phenomenon that I’ve seen. They got just about everything right, and even threw in some extra commentary about multi-camera sitcoms and their audiences. 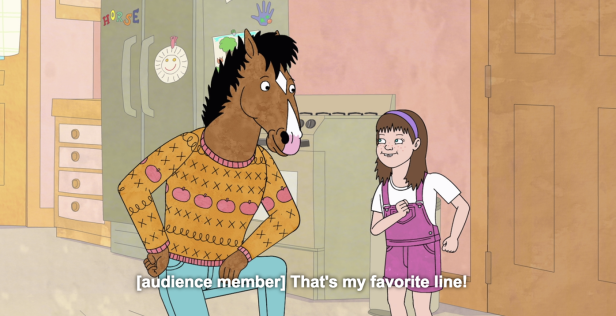 One of my favorite moments in the episode has nothing to do with the Christmas part of the special, but rather the studio audience getting excited for one characters signature line, and completely ignoring another one’s. It was a small part of what sitcoms were like back then, but they nail the picky-ness that audiences would have with these very lame, repeated lines. The jewel of this is bit — a random guy in the audience yelling out about things that are going on — had me laughing probably more than it should have.

There’s no love story in BoJack Horseman’s Christmas Special per se, but if you want to count the friendship between both Jack and Todd, then sure the was one. They do make fun of the type of family love that you saw on 80s and 90s sitcom’s during Christmas specials in Horsin’ Around, the show within a show. So I guess the writers didn’t want to get any points on this scale. 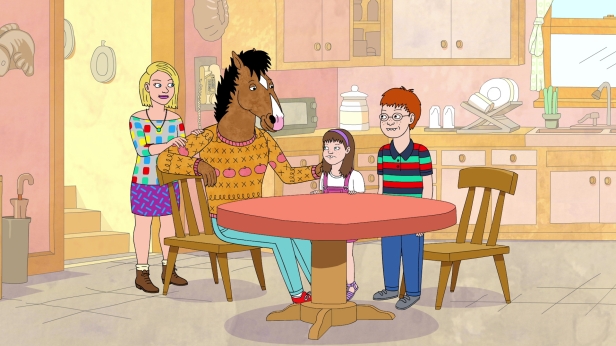 Just like with the Christmas horror story, BoJack Horseman’s Christmas Special taps into a different kind of Christmas. It holds a mirror up to those family Christmas specials that run rampant this time of year, but in doing that, it has showcases a lot of Christmas-ness. This special scores points because like A Christmas Horror Story it showcases Christmas from a perspective different than your traditional holiday story.

To be honest, I watched a BoJack Horseman Christmas Special with very little expectations, and when I got was a very well done roasting of half-hour sitcom Christmas specials. It was the first special to make me laugh out loud for the right reasons and not because of how terrible something was. It was as well done of a special that I have seen in my two years doing this series, and I highly recommend you check it out.