Week 2 of our March Madness selections.  This week, we’re highlighting our favorite movie deaths of all-time.  BE WARNED!!!  We’re about to spoil the crap out of movies you should have already seen.

It’s tough to think of a manlier movie than the Zach Snyder’s 300. You have more bloodshed than you can shake a stick at, naked chicks, and Gerard Butler half naked and sweaty. There were a lot of memorable parts of 300, but to me the part that sticks out is the last stand of King Leonidas and his Spartan troops against the overwhelming odds of Xerxes and his Persian army.  Knowing that his death is imminent, Leonidas has only one thing in mind, to show Xerxes that even a God can bleed. 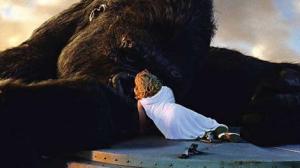 While kind of gross, and certainly impossible, the love story between the giant ape known as Kong and Ann Darrow is as timeless as film making itself. Also as timeless is the climactic scene where Kong defends Ann from fighter planes atop the Empire State building. I’m more partial to the 1933 film, but with the advances in technology I would say that the Peter Jackson remake allows for a better overall experience in that particular scene. Kong bravely fights off wave after wave of planes only to finally succumb to his wounds and of course fall to his death. It’s a scene that truly shows what the power of love can do to man or beast. 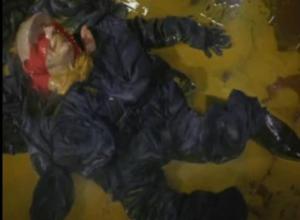 This death haunted my dreams as a kid and I can’t wait for it to haunt my kid’s dreams. Judge Doom played by the always entertaining Christopher Lloyd, meets his cartoonish end by being melted Wicked Witch style in his own deadly concoction known as “Dip.” The only substance known that can actually kill a cartoon. The final battle between him and Bob Hoskins character is as silly as it is scary, with Doom having daggers for eyes and a buzz saw for an arm, and of course that creepy high-pitched voice, goes down as one of the best and one of the most disturbing death scenes to ever be put into a kids movie.

I don’t care what your personal feelings for Mel Gibson are, if you didn’t shed a tear at the end of Braveheart, you are a soulless person and you should seek help immediately!

After Wallace is finally captured by English forces, he is sentenced to death by the most excruciating ways possible. He is hung, stretched and quartered, but somehow manages to muster enough strength to yell out “Freedom!” instead of “Dear God end this now please I beg you!” like I would of done. His death finally reunites him with his dead wife, and gives his people the rallying cry to finally defeat the British and gain their freedom.