There is no movie that I’ve yet to see this year that I am anticipating more than the return of one of my all-time favorite shows, Arrested Development.  It was announced recently that Netflix will be releasing 15 episodes during the Memorial Day weekend to the delight of their rabid fans everywhere.  While we tick down the days until then (and maybe a movie after that), here’s a list of my favorite characters from the show that do not share a last name with the Bluths.

Her?  That’s it.  I just really wanted to make that joke.

Favorite Quote: Sounds like your father just gave us permission to start Doing It! Teach me, George-Michael! You must teach me the ways of the secular flesh!

Loyal to George Bluth to a fault, Kitty is all kinds of psychotic, but to her credit, she doesn’t mind showing off the goods.  Played by Judy Greer, Kitty is a side character that makes this show so great.

Favorite Quote: Say goodbye, Michael… and say goodbye to these! 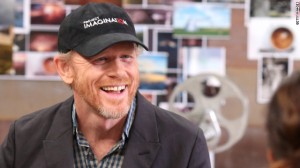 Ron Howard’s voiceover is easily the unsung hero of this fantastic show.  It’s the glue that holds the series together and its matter-of-fact delivery has become so iconic and just reiterates the show’s comedy style.  Without it, the show would be lacking something and probably wouldn’t work as well as it does.

Favorite Quote: The warden was intrigued. Less about the stunt, and more about the prison beatings this brash magician was sure to receive.

Can I start with saying that he’s played by the one and only Fonz?  Henry Winkler’s character is a perfect subversion of his iconic persona.  Zuckerkorn is a terrible lawyer and a bit of a bigot, though that’s probably covering up something different.  If you want a good lawyer, go with Bob Loblaw.  He’s even got his own Law Blog.  If you want someone cool, go Zuckerkorn.

Barry: You don’t want to go in front of that judge. I caught him in a drag club.
Gob: What were you doing there?
Barry: Wow, you should be the lawyer.

Is this a cheat?  I mean, the world’s first analrapist may not be a Bluth in name, but he does spend a lot of time with them and is about as dysfunctional as anyone of them.  Where to begin with him: a failing actor, a never nude (it’s exactly what it sounds like), and a stand-in for the Blue Man Group, Tobias is just plain odd; maybe the oddest of them all.

Favorite Quote: “Boy, I sure feel like a Mary without a Peter and a Paul.”