This past Monday, we released our latest podcast, which included talk about Way of the Dragon and we picked our Badass Draft.  Here’s Dan’s take on his team:

Swordsman: Aragorn (The Lord Of The Rings Trilogy)

For my swordsman I went with the ranger/king of all men Aragorn son of Arathorn. He is more of a tank rather than focusing on finesse, but that doesn’t mean he always charges head first into battles all the time. His skills as a ranger would help him in setting traps and tracking dangerous foes. His sword, Anduril, was reforged from the sword that defeated Sauron and has the power to summon an army of undead soldiers.

Although he dresses as a bat, Batman is a must have to any bad ass team. He is a master tactician, detective, and hand-to-hand fighter. He dedicated his whole life to studying different types of non-lethal combat and is in peak physical condition with both his mind and body. Always two moves ahead of his enemy,  his inability to kill might be his only weakness when it comes to a giant brawl with other bad asses. 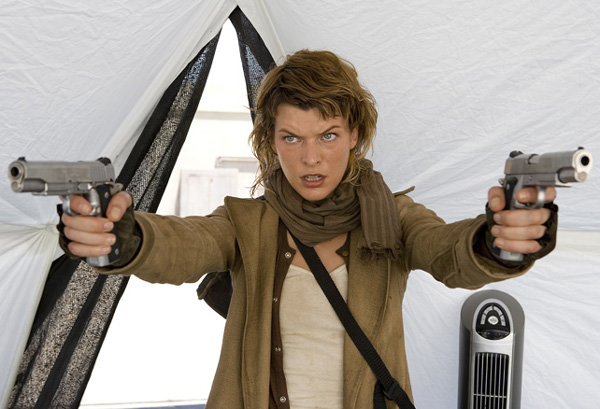 Alice was once an operative of the evil Umbrella Corporation that helped created the virus that turns everyone into zombies. She was captured and experimented on and became a formidable close range and long range fighter. She tends to lose her memory from time to time which can definitely be used to her enemies advantage, but her knowledge of many different weapons makes her an asset to any team.

Black Widow is a special agent with the government agency S.H.I.E.L.D. She has no emotions and knows that the mission is the only thing that matters and will go to extremes to accomplish it. She is skilled in martial arts and is given the best equipment money can buy to work with. Not afraid of a challenge, she helped defend New York against an alien invasion alongside a demi-god and living legends.

Mr. Mills is an ex-CIA operative who has a very particular set of skill that you don’t want to find out about. Mills has woven a bloody path through France and Istanbul all in the name of getting members of his family back so you know he’s comfortable fighting on any terrain on Earth. Along with knowledge in both hand-to-hand combat and weaponry, Mills is a very talented strategist. He usually tries to stay out of conflicts unless someone crosses his family’s path, so he would be a very reluctant member of a badass team.

Check back tomorrow for Mark’s team.