PLOT: A rookie cop’s first shift is manning the desk of the police station alone, on the last night it’s open. Unknown to her, the station holds some secrets.

Last Shift is an incredibly effective haunted house story with a twist. Rather than the same tired setting of an old, dingy house, this one takes place in an empty police station. This little change makes this a unique watch and definitely one worth your time.

The film takes place on the very last night that the police station is open, as operations have been moved to a newer facility. It also happens to be the first shift for rookie cop Jessica Loren, as she tries to follow in her father’s footsteps. From the very beginning, it’s obvious that there’s a little more going on at the station than meets the eye, and it may even be haunted by the ghosts of the Paymons – a Manson-like cult responsible for killing young girls and Jessica’s father.

Last Shift may not be wholy original, as there are plenty of tropes that it plays off, but that doesn’t mean it isn’t worth your time. The best part of this film is the performance of Juliana Harkavy; it’s essentially a one-woman show, and she does a great job reacting to the crazy shit going on around her.  Additionally, I’m totally down for a Paymon-centric prequel movie.

Some pretty good gore in this, though, I can’t say it’s particularly memorable. There’s some decent effects and a bunch of blood, but there isn’t like a major gore effort that sets this one apart from the average. 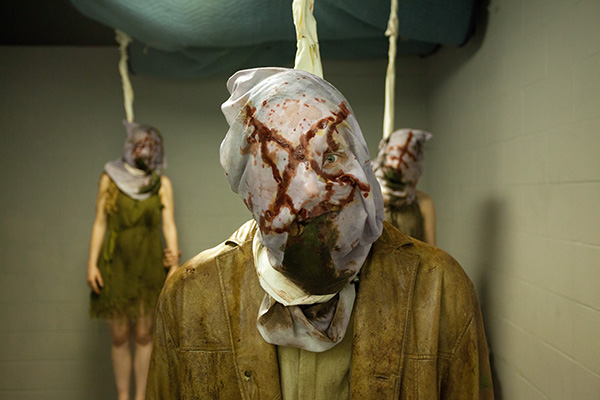 This movie is legitimately creepy. It might lean a little “jump scare” heavy, but I don’t think anything was particularly unearned. There aren’t false scares at all in this and they come up with some good ways to freak out the main character and the audience by proxy. 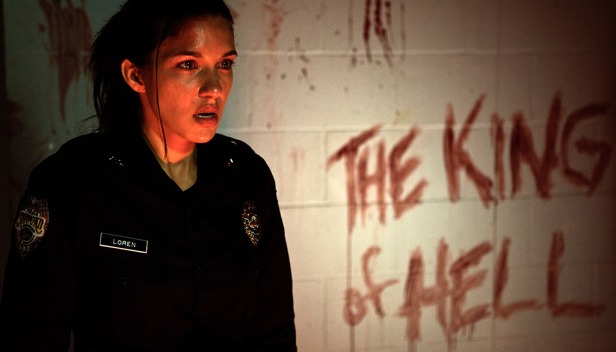 This is a pretty good one. Juliana Harkavy gives a convincing performance and this one can deliver some legitimate scares. You can sort of the see the end coming, but that doesn’t make it anything but a worthwhile conclusion. There are some things that don’t get answered (Is the homeless man connected to anything?), but it didn’t take away from the enjoyment of this film.